CORCORAN ANONYMOUS
Purpose: Give an anonymous voice to the Corcoran community , an opportunity to state an opinion of past and current events, good (or bad) memories, or generally anything that comes to mind when thinking about the former Corcoran College of Art + Design and the Corcoran Museum of Art.

Postcards were provided to jump start the project.
Participants were encouraged to anonymously write down their thoughts, memories, etc. of their experience with the Corcoran and drop them in a designated box at the school or send them via mail to a provided address. 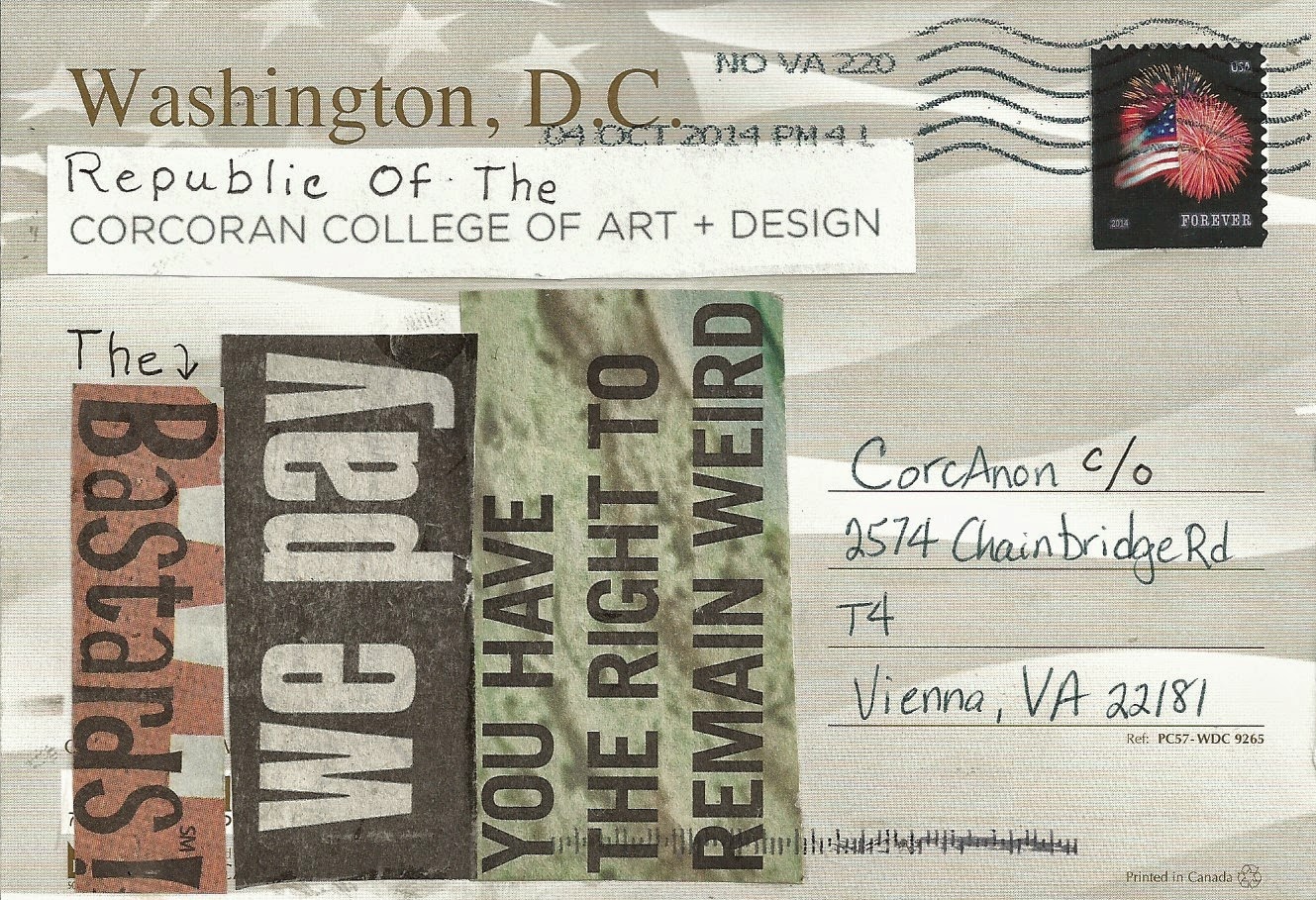 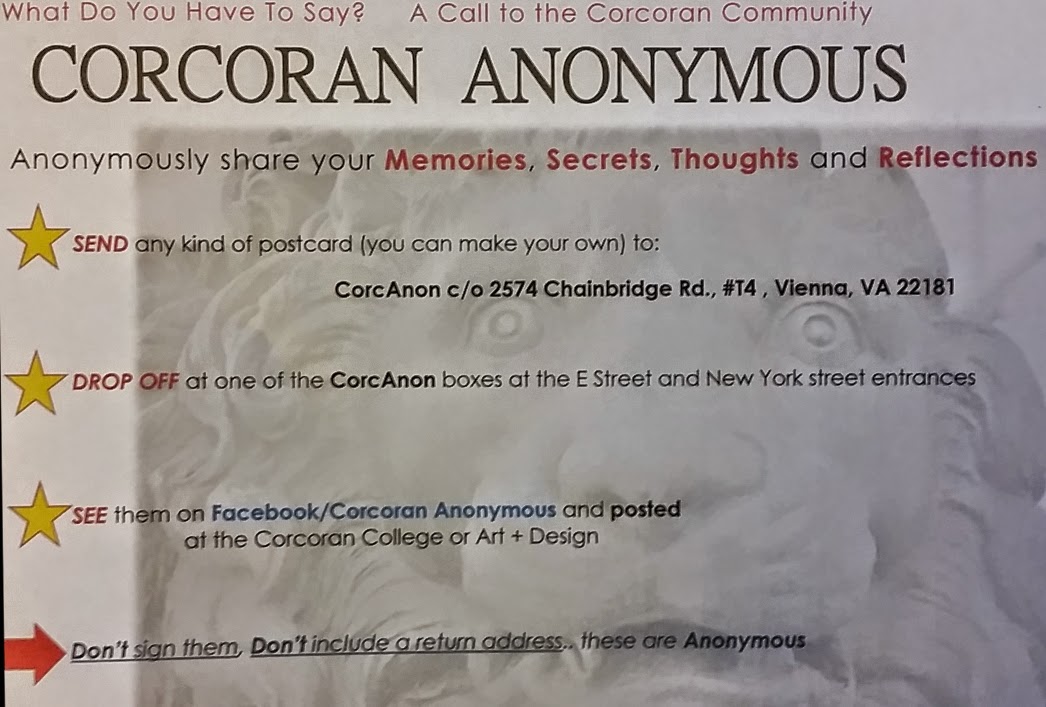 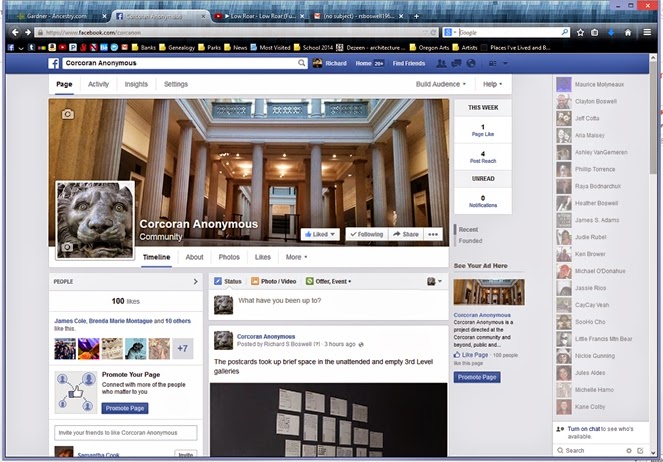 As postcards were received, they were scanned and posted to the Corcoran Anonymous Facebook page started September 2014.
The page was shared on personal sites, and while comments could be posted, the page is not open to outside posts.
Lists of Facebook members were invited to “like”, and as November 2014 there were 100 Likes.

Word of mouth, emails and classroom presentations were canvased to help awareness of the project.
When possible, a postcard and flier was personally given to individuals. Some were asked to fill one out on the spot.
Emails were sent to faculty of the school asking for participation.
Emails were sent to faculty at GWU, all of which were not replied to. 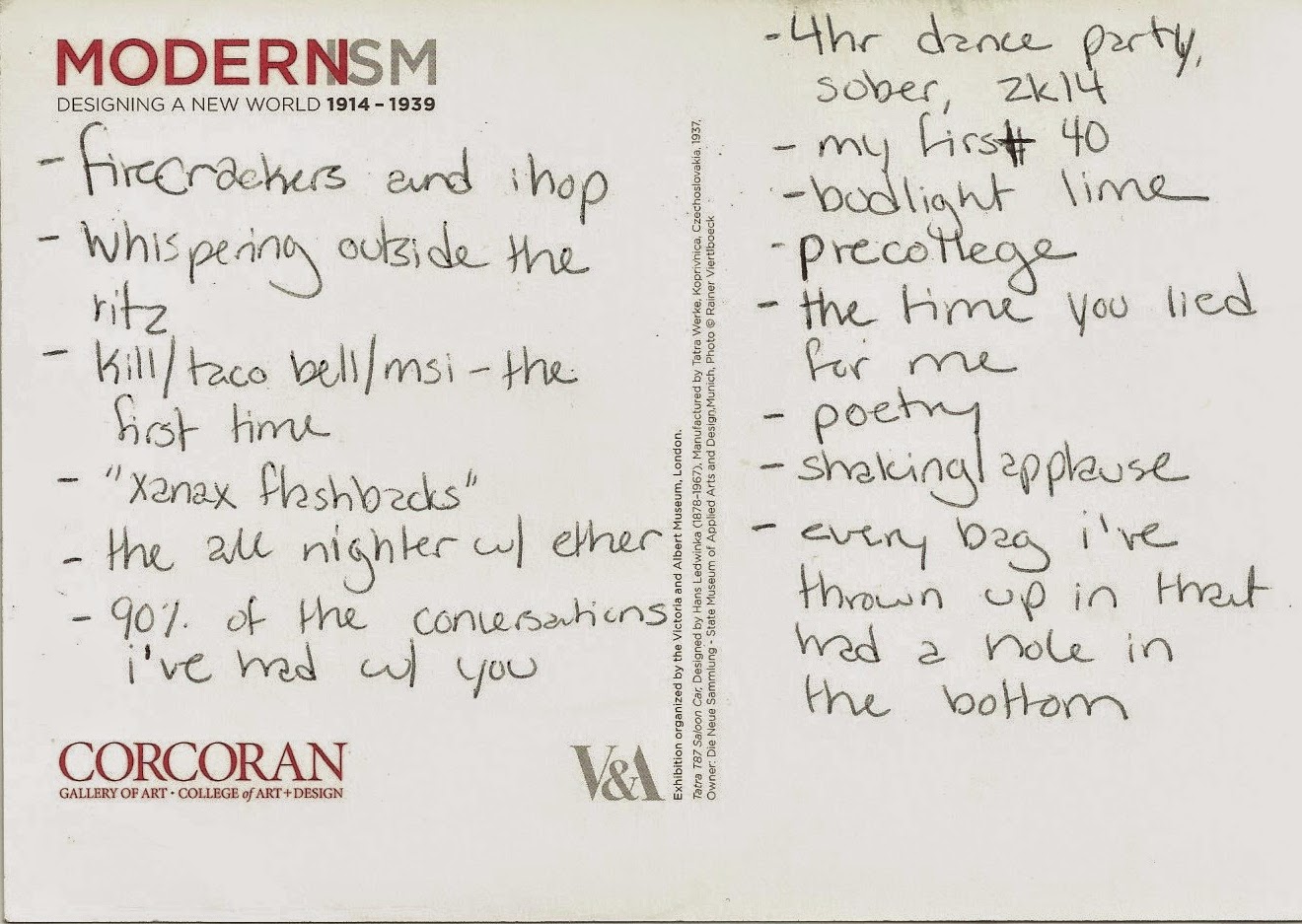 Postcards were scanned and put online for everyone to read. 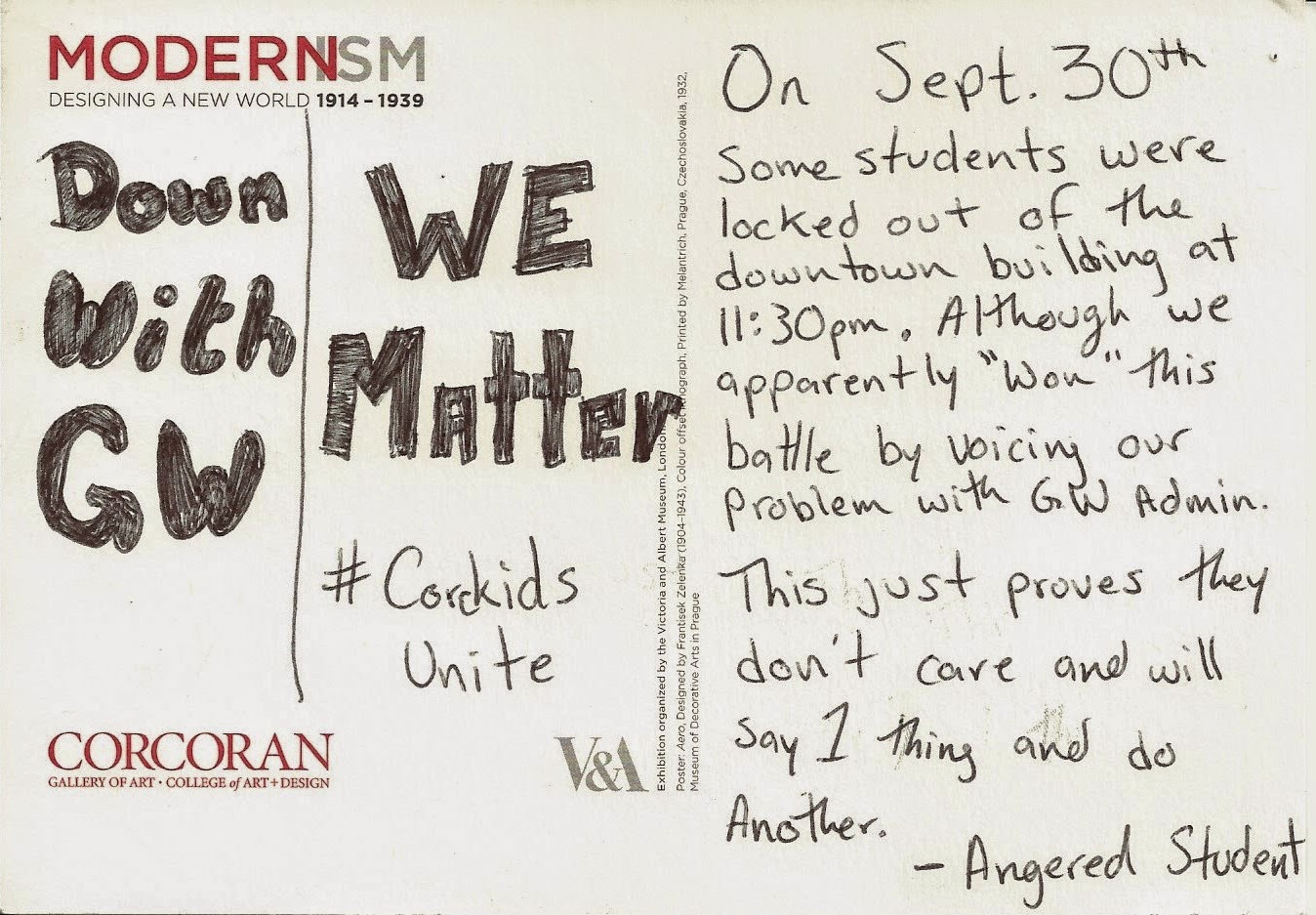 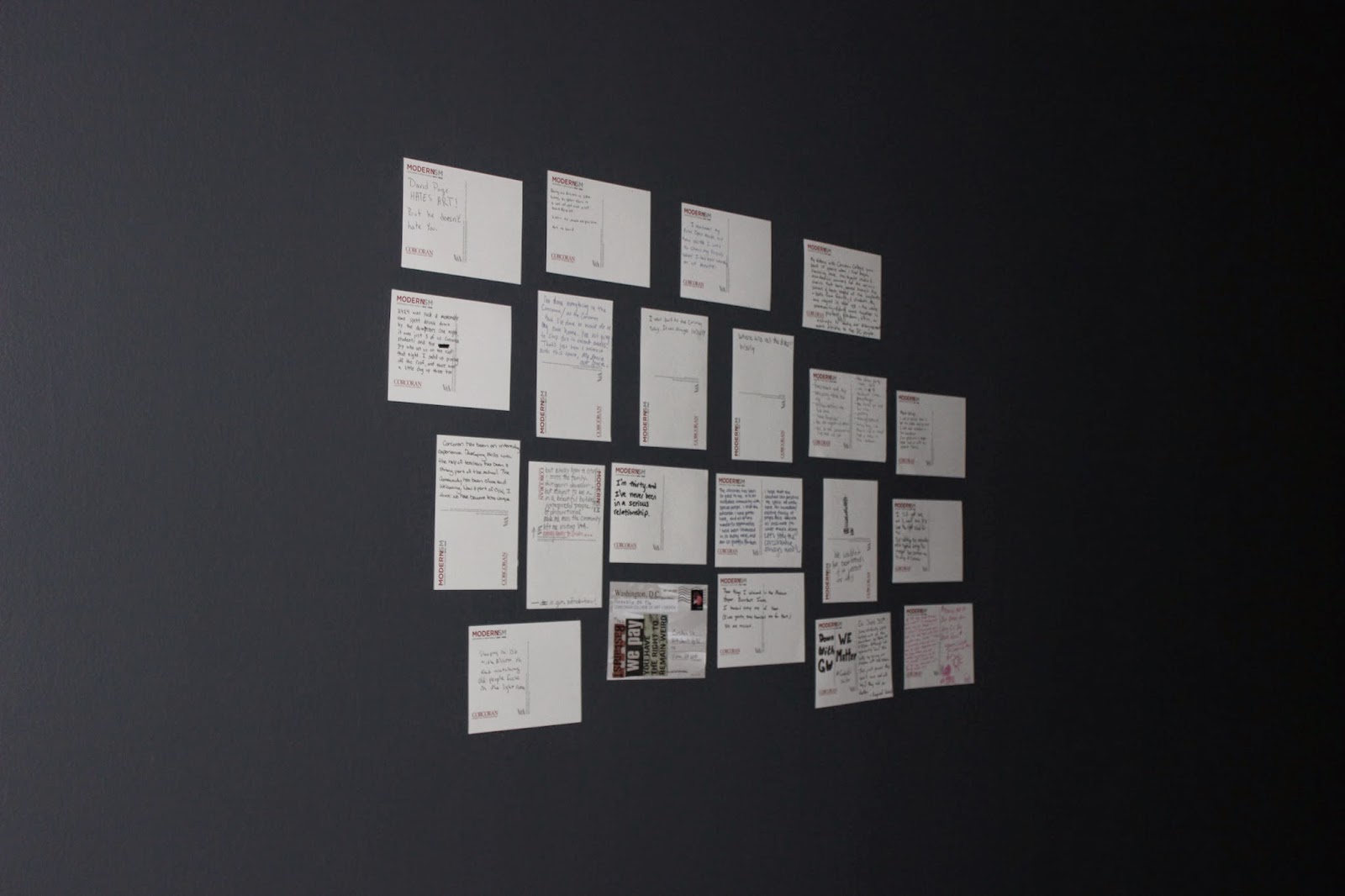 And finally to a wall in the hallway for everyone to see firsthand …. 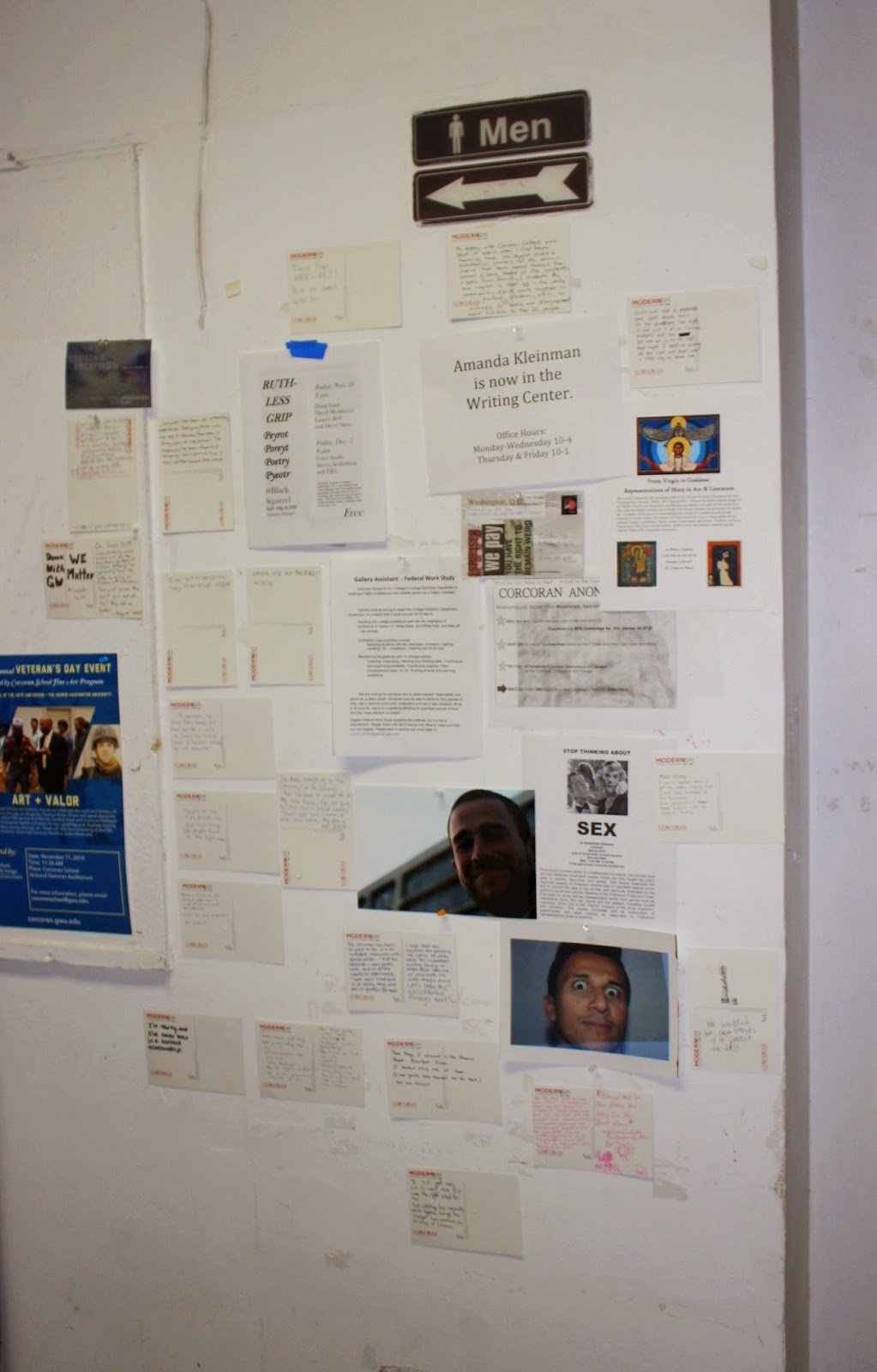