For 145 years, the Corcoran fostered a community of arts and artists in Washington, D.C. Last August the body of that community passed, but the spirit remains in those who remember and still participate in the name of the Corcoran.

Oct.1, 2014, CORCORAN ANONYMOUS was launched, a social practice art project directed at the Corcoran Community and those who've visited or at one time worked for the Corcoran Museum of Art or the Corcoran College of  Art + Design before it's assimilation into the George Washington University and National Gallery of Art. This project is designed to keep the spirit of the Corcoran, past and present, alive by anonymously submitting a postcard to the project with their thoughts, memories, secrets, ideas, hopes, dreams and criticisms. These will be shared via social media and publicly on a space within the school at the 17th street building. While this project will run through December, depending on its success, could potentially run as long as there is someone to manage and curate it. 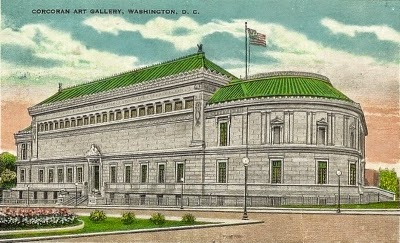 Posted by Unknown at 7:09 AM No comments:

Natalie Campbell's Art History 1: Art Now section is hosting visiting social practice artists Doug Paulson and Yatsuk/Rancourt on Monday October 6th. Below are links on their work. Prof. Campbell has invited us to sit in on their class from 10:45-11:45 am.

They will be doing an informal presentation to her class which meets in 14A (old RCR) - they may move next door to 14B if that room is available.

Action Club (collaboration of all 3 + others): http://www.action-club.org/

Posted by Mark Cameron Boyd at 9:19 AM No comments: